A studio flat furnishing can be made more comfortable if its space is used in the best way. Here are some ideas on how to have the two areas, day and night, separate even though they are in the same room.

This is possible thanks to the use of the Habitat series, designed by Marcello Cuneo, which consists in a platform containing a single or double bed, on top of which is the dining area. 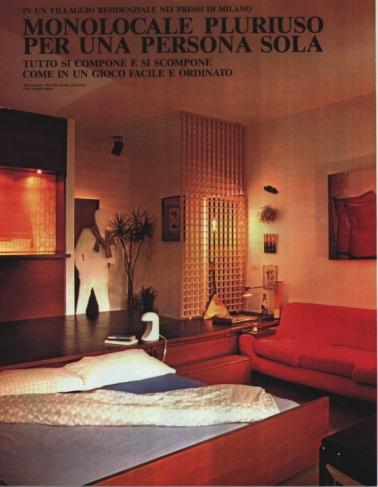 The example in the above photo was the topic of an article published on the interior design magazine Casa e Giardino. It is possible to recognize the Longobarda lamp and the Giubba sofa.

Example of studio flat furnishing applied to a residence in Milan

Application of the same concept for studio flat furnishing in Le Corti Residence apartments in Milan.

The same concept of furnishing applied to a private home 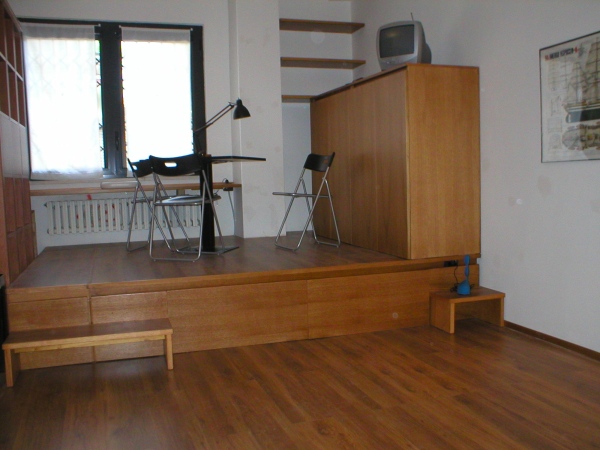 Another example of studio flat furnishing using the idea of the platform to create two distinct spaces.